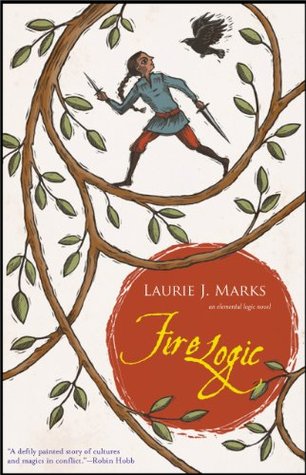 Notes on Diversity:
Hey, are you looking for a diverse book? MAYBE YOU SHOULD READ THIS ONE.

Seriously. Zanja, one of the POV characters, is a lesbian woman of color who also experiences an extended period of disability.1 Karis is half-giant and a smoke addict. Her addiction greatly impacts her functioning day in and day out. Emil is a soldier, and continues to be a soldier well into middle-age despite a consistent difficult knee injury. The lot of them are poor; living hand-to-mouth. Emil is classically educated, but many of them are not. And, so many of the characters are queer–and various flavors of queer.2

This book is an everything burrito of thoughtful inclusivity.

Review:
When the leader of Shaftal dies without naming a successor, the country falls apart. The Sainnites take advantage of the power vacuum and slaughter the bulk of Shaftal’s remaining leaders, throwing the country into chaos and war overnight. Zanja, a trader in training from the northern mountains, witnesses this and witnesses in the intervening fifteen years the havoc the war wreaks across the land of Shaftal. But she can do little about it until the war comes knocking at her tribe’s door. It isn’t until then, that her own tribe is threatened by the Sainnites, that the story really starts. Because then Zanja’s fate becomes tied to Shaftal’s.

This is a long and complex book. Zanja is not the only narrator–that paragraph is my paltry attempt to summarize the book without giving anything away, but it doesn’t get into the depth of the book. Karis, the half-giant addict is also a narrator. So is Emil, the old paladin commander Zanja winds up befriending. And Medric, a young seer who holds the fate of both the Sainnites and the Shaftalese in his hands. It is a fantasy epic, but instead of kings and castles, it is an epic about farmsteads and ironworkers.

Get ready for an epic ambush.

This is a wonderful, thoughtful book populated by wonderful, thoughtful characters. It could have been tighter, but that’s ok with me. I don’t mind a shaggy book. Your mileage may vary. The thing that most irked me about Fire Logic–and this is a fairly minor point, though it is enough that i am willing to knock it down a star–is an uneveness in the worldbuilding. There was such a fine and deep eye towards some elements, things like the historical use of specific words like porringer and dray horse that lent the book an authenticity I loved. The elements of guerilla warfare were intricately drawn with almost too much detail. And yet I still have little sense of the magical mechanics of the world. It’s stated that elementals are rare, but yet most of the characters I came to know over the course of the book are elementals. And if they are so rare, how are they handled? Would Karis really be left to be a blacksmith? Would Emil really simply be a paladin commander? Perhaps, this makes sense given the current state of disarray in Shaftal, but is there no specific training or guidance for people with these gifts? There was, at least, for Zanja among the Ashawala’i. It was because she was a fire elemental that she was first introduced to Shaftal as a trader, after all. Why are the elementals of Shaftal untrained? Or are they? It was a huge open question for me throughout the whole of the book given how prominent and important elemental magic turned out to be for the plot, and without some of these questions answered, the fire logic that drove the plot felt like contrivance more than once.

I also wanted to know more about the peculiarities of the elemental magic and how they impacted, specifically, the way these gifted people are perceived and embark into relationships with others. Yes, I understand that fire logic makes Zanja and Emil and Medric all very intuitive and prescient. All three of them seemed to be prone to fall in love awfully fast and awfully hard. Is this bad writing? Or is it a trick of the magic? I want to give Marks the benefit of the doubt here, but without some explanation, there is room to lean towards it seeming just like pat instalove. But then again, it could be that fire logic–that weird prescience, a kind of imprinting. I wanted more insight into how that works, if that was the case. How would Zanja or Emil’s prescience work when turned towards a person instead of grand events? Could it be turned towards a person? Is that healthy?

Beyond all of that, it is Marks’ handling of the way the big political shifts of Shaftal impact the formation of this found family that made the book really sing for me. Zanja and Emil and Karis and Norina and Medric and J’Han are all broken, wounded people. They love each other, and they need each other, and they are better and stronger together–and that is, ultimately, what family is. Marks allows for a great deal of space and breathing room for these relationships to develop organically, for this little family to form on its own against all odds. And when it does, it is so emotionally gratifying.

Marks has a way of cutting to the heart of the desperate human need for connection, and it’s this that propels the book forward:

Annis talked to Zanja about her experiments with gunpowder and other unstable compounds. It seemed incredible that she had not injured herself when she clearly deserved to be blown to bits. In this community of huge, fantastically intermarried families, Zanja’s loneliness was becoming intolerable. She experimented with touching Annis’s arm, wondering if she herself would be blown to bits.

The characters’ decisions are hinged on their relationships to each other. I was gripped by how they interacted, what they drew from each other, how they pushed and pulled each other. All of the characters, from Zanja down to the antagonists–the xenophobic Willis and the arrogant Mabin–are drawn with depth and clarity and motivation. Each is a joy to read. Norina hit me too close for comfort. Karis is a study in paradoxes. Zanja is the heart that holds the book together.

A book could not ask for a better heart than Zanja. I have rarely seen as fully realized a character as her, or as agentic a character as her. Or one with as much respect for those around her. I love what she tells someone at the end of the book:

Scholars like Emil and Medric will study the obscure history of your life a hundred years from now and never quite make sense of it. So what, so long as it makes sense to you?

1Zanja’s physical disabilities are magically healed, but the experience leaves her profoundly shaken. Her life changes absolutely because of her experience of having had a disability. Fire Logic does not fall into the trap of either pretending that being magically cured wipes away forever the experience of ever having been disabled in the first place or that other people with disabilities exist in the world. Other characters with disabilities do continue to exist throughout the book, some of whom are healed, and some of whom are not.

2In the case of one character in particular, Marks does a wonderful job depicting a fluid change in sexuality that is at once honest and heartrending and deeply emotionally gratifying.