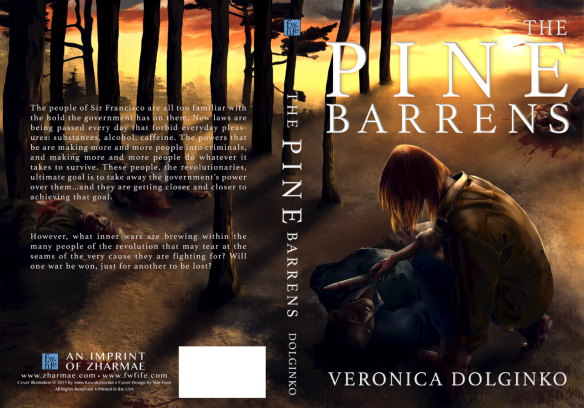 Hi Veronica! Tell us about the cover of THE PINE BARRENS: what are the elements in the cover, and how do they relate to your book?

The cover is a small snapshot of one character in the book who is working with a rebellion to overthrow a Draconian government. She is used as a tool by the revolution to murder high ranking officials because one of the main agitators saw her kill several people around the city and rather than turn her in, he approached her for help. The cover is showing a moment of her disposing of the bodies, which tend to be the only times that her mind is silent.

Anything else we should know (giveaways, blog tour, do you have a website/twitter/etc)?

No giveaways or anything as of yet. My twitter handle is snark_is_free and I can be found on Facebook (Veronica Dolginko).

About the Book
In a corrupt society that once resembled modern-day San Francisco, an aristocracy comes to power with a different way of running things – that is to say, viciously.  All goods are contraband; brain washing is Sunday’s communal; physical punishment is an occupation; and individuality is a mere presumption.  An uprising is underway, but in its midst is a killer.  Does this bold Dolginko creation embody, in some perverse roundabout fashion, the striving of those masses long deprived of a champion?

While The Pine Barrens’ killer is exploring her identity, Connor, a former convict, is finding his own.  In the midst of trying to understand this new way of life and preserve a modicum of dignity, Connor begins to make an impact on the city’s young revolutionaries.  The older man  shows them that they must know who they are and what they want before they can pursue their aspirations.  Does Connor have the strength to help the revolutionaries find, not only themselves, but find their way to Utopia?  Can the revolutionaries change what is necessary about themselves for the greater good of mankind?

The Pine Barrens is a forthcoming novel by Veronica Dolginko from F.W.Fife, an imprint of The Zharmae Publishing Press.

You guys, I’m really excited to be part of this cover reveal! First off, LOOK AT THAT COVER! It’s lovely! Second, I’m pumped to read this book! If you don’t follow the authors, I’d highly recommend you do! Guinevere and Libertad’s blog, Twinja Book Reviews, is fabulous, and they are both die-hard champions of diverse books!

Today is the cover reveal for The Mark of Noba by GL Tomas. This cover reveal is organized by Lola’s Blog Tours. 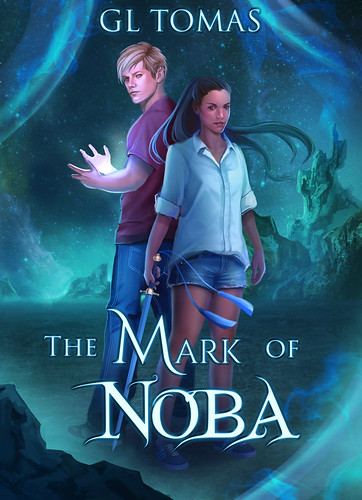 Blurb:
Sterling Wayfairer has one goal for his senior year: make his mark. He’s been slipping into the background his whole high school career—distracted by his mother’s mental health, unsettled by the vivid dreams that haunt him at night, and overshadowed by the athletic accomplishments of his popular best friends. But this year is going to be different. He’s going to break a few rules, have some fun, and maybe even work up the nerve to ask his crush out on a date.

But things don’t go exactly as planned. Students are disappearing, Sterling starts losing time, and it all seems to center around Tetra, a girl no one else seems to notice but him. When he finally tracks her down for answers, they aren’t what he expects: He and Tetra hail from a world called Noba, and they’re being hunted by a Naga, a malevolent shapeshifter that’s marked them for destruction.

Tetra and Sterling have distinct abilities that can help them fight back, but their power depends heavily on the strength of their bond, a connection that transcends friendship, transcends romance. Years apart have left their bond weak. Jumpstarting it will require Sterling to open his heart and his mind and put his full trust in the mysterious Tetra.

If he doesn’t, neither of them will survive.

You can find The Mark of Noba on Goodreads

You can pre-order The Mark of Noba here:
– Amazon 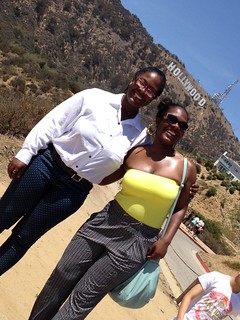 About the Author:
Guinevere and Libertad go by many superhero aliases. Whether you know them by G.L. Tomas, the Twinjas, or the Rebellious Valkyries, their mission is always the same: spreading awareness of diversity in books. Oh, and trying to figure out the use for pocketless pants! They host other allies and champions of diversity in their secret lair in Connecticut.

Hi friends! Today I have for you a tour of the book’s cover. This Prezi calls out why certain elements were called out in the cover art and the relevance they have to the story. I want to thank C. Bedford once again for her incredible art! 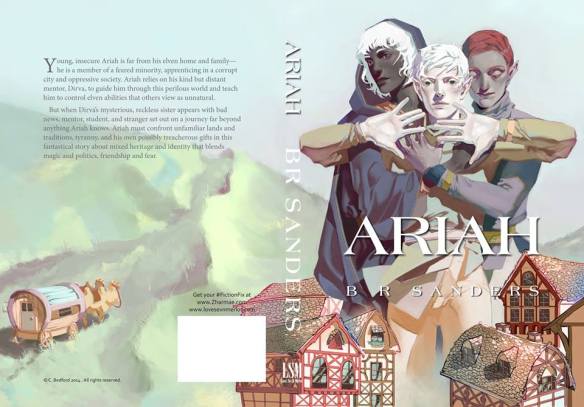 I CANNOT TELL YOU ALL how much I love this cover!! The cover art was created by the enormously talented C. Bedford, and I am honored to have my book represented by her work. If you, too, are enamored of the magic she worked with ARIAH’s cover then I heartily recommend a stroll through C. Bedford’s deviant art page here.

One of the reasons* I signed with LSM/Zharmae was, honestly, the quality of their cover designs. Despite the old adage, everyone really does judge a book by its cover. Covers are important–they communicate the level of professionalism that has gone into the book. They communicate the artistry of the book, the genre, conventions adhered to or broken. They can describe or mislead you about the book’s protagonist. Getting a good cover for ARIAH was important to me.

One of the big decisions, when you write a book nowadays, is whether to go solo and self-publish or to sign with a house. The houses, be they big or small, generally cut the authors out of the cover design process. So if you’re a control freak (and most authors kind of are, especially about how their books are being portrayed) then this part is hard. Trust is involved. Trust is not always easy to have. This time the trust totally worked out.

In rounding out this month-long celebration of the release of my debut novel, Resistance, I thought it might be fun to take a brief tour of the cover of the book:

You can purchase Resistance here directly from Inkstained Succubus (support small presses!) or here from Amazon.