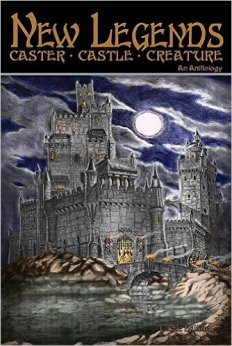 Exciting news! An Aerdh-verse story of mine, “The Recruit,” is in New Legends: Caster, Castle, Creature, out now from Visual Adjectives! You can pick up a copy here.

About “The Recruit”
Valiyon, the Mother of the Elvish Rebellion, leads an intriguing recruit into an ambush against her old foe’s homestead. The ambush is supposed to be a test, supposed to reveal the recruit to Valiyon, but everything goes sideways.

About the Anthology
New Legends introduces new characters with new origins and new legends in the making. Expanding on the concept of Anthologies, New Legends is a series of collections, each containing a unique theme, original stories, and showcasing distinct genres.

Caster – Castle – Creature is a collection of stories showcasing fantasy. Casters, masters of mysticism and the arcane energies. Castles, homes to the nobles, lords, and ladies who rule over the realm. Creatures, the will of the world, shaped, formed and evolved from the essence of the land.