I usually don’t listen to music when I write. Often I’m writing on the bus, so the ambient noise is enough on its own. But, during NaNo, I wrote at home a lot.

My family is a loud family. There are four adults and a toddler and two mouthy cats living in a three bedroom house. It’s a Situation. One of those adults loves to play a guitar. Another adult really just needs to listen to music whenever she’s doing chores (loudly). The kiddo likes to put on dance recitals. Or, you know, just practice his dang screaming (because that’s a thing, I guess, that kids need to practice). And the cats are just loud-ass cats.

So. Writing at home. I needed to break out the headphones.

Turns out each stage of the draft had its own mini-soundtrack. It evolved pretty organically.

Act I: The Setup

I ended up listening to the soundtrack of the film Moon pretty much non-stop as I wrote the first third of the book. It fit the tone of what I was writing: subtle, creepy, determined.

Throughout the whole first act, Iris (my main character) is basically on her own, isolated and playing detective–not unlike Sam Bell from the film. There’s something in the scoring of the soundtrack that taps into that perseverant loneliness. 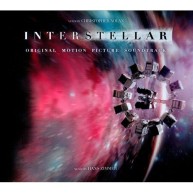 There’s a section of the book where my main character, Iris, winds up locked down and at the mercy of her captors. For that part of the book I drifted to the Interstellar soundtrack.

The soundtrack moves between expansive and claustrophobic pieces. Iris, while trapped, does the same: she tries to mentally move beyond her four walls. Sometimes she can, sometimes she can’t.

Iris is broken out of captivity and escapes to the forest! Instrumental music was replaced for a while with meditative forest sounds.

Sometimes the forest sounds crept into the writing. The track featured rainfall? Alright, in this scene everyone’s trapped in the cabin due to a rainstorm. They’re all on top of each other in a too-small space. What do they do now? 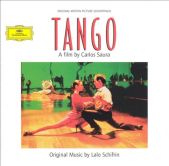 Iris and her friends go Take Care of Business via an Elaborate Plan that Goes Wrong. It’s a finely wrought and intricate plan. It’s an art. It’s a dance. I ended up listening to instrumental tangos–the tension, the darkness, the quickness all mirrored what I was trying to do with the plotting.