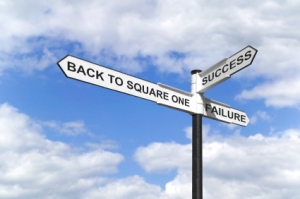 I’ve been shopping around THE LONG ROAD for awhile now. It’s the first book I ever finished — actually, the first fiction I wrote in my adult life was in the context of that book which my partner, Jon, first began. Really, he is how I started writing fiction, and this book is why.

Jon and I have drafted this book three times, and when I say drafted I mean a top-to-bottom raze-it-to-the-ground rewriting process. Whole species of sentient beings have wound up on the cutting room floor. Main characters have been eclipsed, secondary characters have stepped up to take the lead, and then those main characters have switched genders. The current iteration of the book is solid, and quite a different beast than where it started. Reading through the various drafts of it is like paging through a scrapbook of my writerly life so far: I can trace the change of themes, the way my skills have grown and developed, see where I struggled and what was always easy.

So, like I said, I’ve been shopping the book around. We half-assedly queried it before, a couple of years ago, and got some lukewarm interest. I polished it up a little and since I have been querying SOUND AND SONG I thought why not? I’ll send out THE LONG ROAD, too. Recently I got a very nice rejection from an agent who mentioned as she gently turned me down that the length gave her pause. And something just clicked.

I am not one to alter a manuscript for presumed marketability. I take the stance that it’s either marketable or not, and that really it will either find an audience or it won’t, and that’s all just what it is. But when she said that I took a second to think about it. It’s 120,000 words long, and I’ve been marketing it as a young adult high fantasy book. And I think it is one, and I know that’s awfully long for a YA book. But when she said it, and I thought about it, the length of the book gave me pause, too.

It’s not that kids don’t read long books. I sure as hell did. It’s more that this book doesn’t actually need to be this long. This book is, perhaps, two different books. It’s currently structured with two overarching story lines which are honestly only tenuously related. I had plans to bring them together in a later volume in a way that perhaps does not make particularly logical sense. The upshot is I think the book needs a tighter focus, needs some streamlining.

Needs to be shorter.

Needs yet another rewrite.

And the thing is that I am kind of stoked to do it. Which is a really good sign that it’s the right move, that the book will be better for it, and that it will probably be hella fun to work on.

1 thought on “That moment where you thought you were done with a book and it turns out you aren’t.”